Chogha Zanbil is an extraordinary Elamite temple in Susa which is amazing to visit in your Iran trip. The temple was built about 3250 years ago, near "Dez" river. Chogha Zanbil which is the largest monument remained from Elamite dynasty was constructed in 5 floors, 3 of which are still preserved. The main walls are built with mud-bricks but the outer walls are made of baked bricks. The words engraved on the bricks shows that the ziggurat was established under the order of Untash-Napirsha,one of the powerful kings Elamite dynasty. The excavations and research carried out in this temple have revealed that the first-ever use of glass and glazed-brick was in this ancient temple. Visiting this temple can be very good idea in your Iran trip. 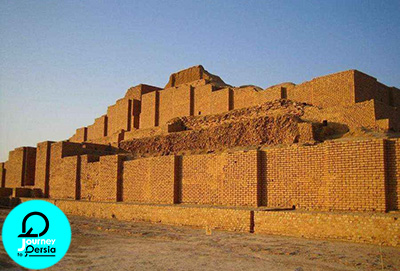