Semnan is one of the Iranian cities that is less known despite its oldness and beautiful nature.  The city meets Alborz mountain range on the north side and Dasht-e Kavir on south side. The handicrafts of Semnan can be named as: Carpet, Gilim, Namad, ceramic and potteries which you can buy as souvenir in your Iran tour. Pistachio of Damghan (110 kilometers to Semnan) is the famous agricultural product of the region. You can visit some of these tourist attractions in your Iran trip:

Arg Gate was built at the time of Naser al-Din Shah, the Qajar monarch, which has been the entrance of governmental citadel in old times. 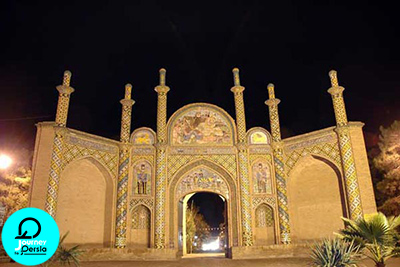 Jame mosque of Semnan is one of the old mosques in Iran that is believed is built on remaining of a fire temple. The existing parts of the mosque are from Saljuk and Timurid era.